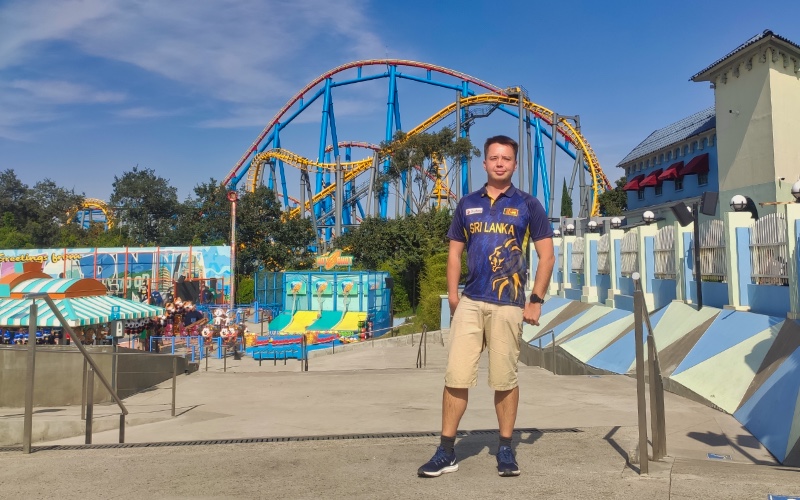 6 Flags is a popular roller coaster franchise. Most parks are located in the USA, but there is also one in Mexico City. The park is located in the south part of the city. It is a cool place to spend the day.

The easiest way to get there is on a Metrobus. One could take the bus from the center to “Perisur” station. The journey takes an hour. From the station, it is necessary to take another bus which is going straight to the park and takes 5 more minutes.

For people with a car, they can just ride to the location. It takes about an hour from the center of the city depending on the traffic.

I recommend coming early to 10 am to avoid lines and crowds.

There is a big car park in front of the entrance. When I visited the park it was almost emtpy.

The entrance is well organized and people pass it fast. I bought a ticket at their site to save time.

While security checked they noticed that I had a mirrorless camera. Professional equipment is not allowed in the park. I recommend leaving it at home.

The main areas in park are :

The best roller coaster in the park. The entrance to the ride is located just at the park entry and looks like an office building. Since opening it get the records for the tallest, fastest and longest roller coaster in Latin America. The lines are start forming after lunch, so I recommend to go there straight.

It is located in a middle of the park. On a start, the train is pulled backwards up the lift hill, then going down through the loading gate through a cobra roll and then a loop. At the end of this cycle the train is pulled up the lift hill at the end of the track, then going down once again allowing the train to go back through the loops backwards. This is the standard Vekoma Boomerang roller coaster design found at forty-three different amusement parks worldwide. I also ride one in Siam Park city Bangkok.

It is the standard suspend looping coaster. If there is no lines, 2-3 ride can be done quickly.

Other rides are Joker, Wonder Woman Coaster and Medusa steel coaster. Check them out :)

Storage locks system is what i don't like about the park. There are boxes at the train station to leave stuff there, but they only allow to leave water bottles and pop corn. I ve been to another parks where storing are allowed in same boxes.

To store stuff that can’t be taken on a ride, they offer storage locks for 20 pesos an hour. Automatic machines takes only cash. There are about 5-6 locks station across all park.

It is good park. But I wish it would be bigger with more big rides. As everywhere it is better to visit during weekday in a morning to avoid lines. 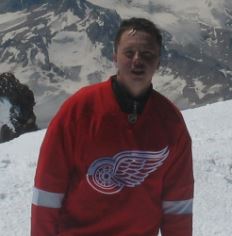